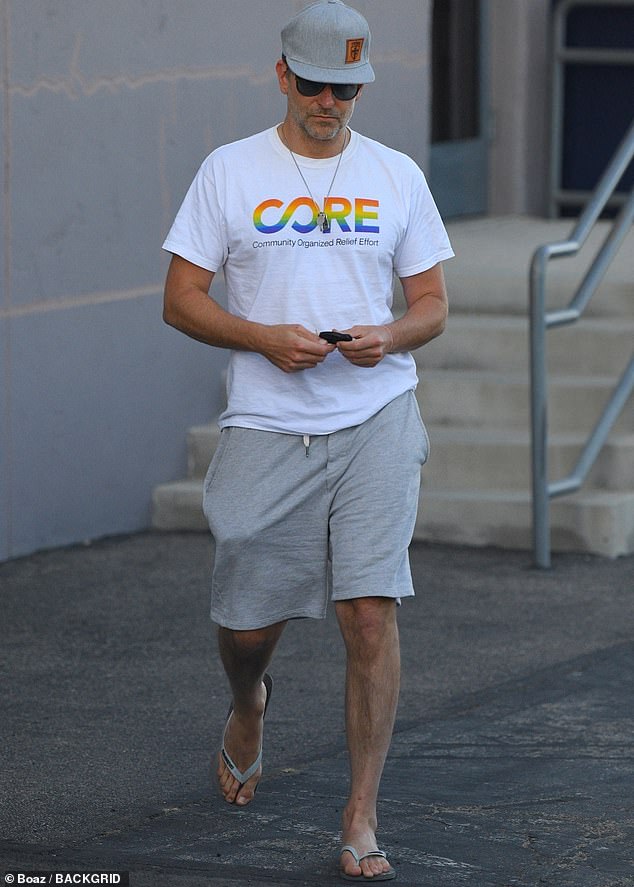 Sean and Bradley have a connection that goes way back to 1999 – years before Bradley became a movie star in his own right.

Bradley Cooper was spotted looking California casual as he stepped out in sunny Santa Monica this Tuesday.

He accessorized with a pale grey baseball cap that matched his loose-fitted shorts, rounding the look off with flip flops.

When Sean was being interviewed on Inside The Actors Studio a 24-year-old Bradley was one of the students in the audience who asked him a question. 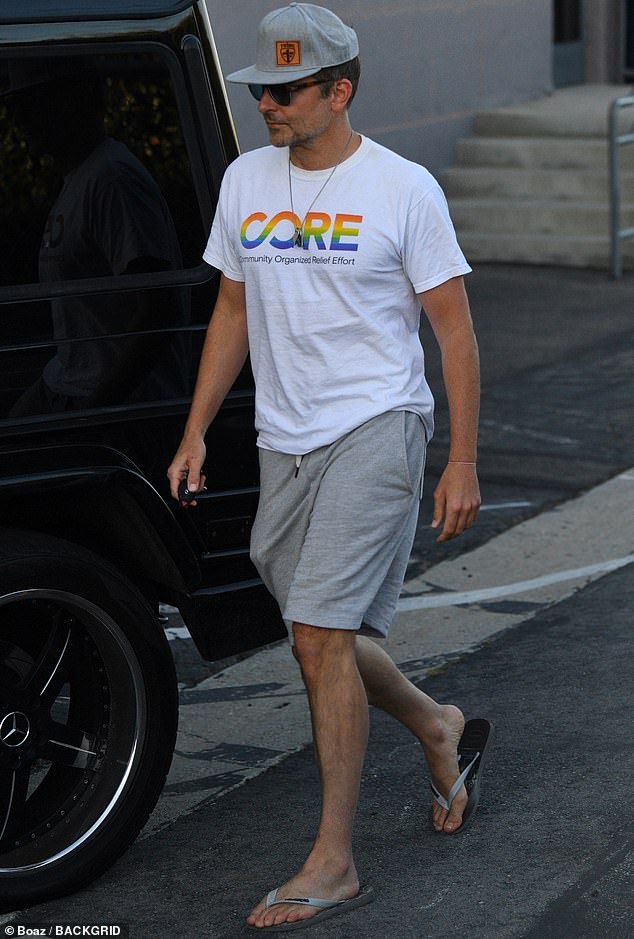 Bradley asked him about starring in the 1998 movie Hurlyburly which featured Sean as a character he had played onstage years earlier.

The young aspiring actor then sat rapt as Sean explained that ‘having done the play ended up being like an intensive rehearsal period for the movie, and then the movie becomes its own process as would a movie that had a two-week rehearsal period.’

During a 2015 appearance on The Howard Stern Show Bradley recalled he was ‘so nervous’ before asking Sean his question.

He also noted that his segment ‘never aired,’ saying that ‘they only aired it after, I think, I started doing well as an actor.’

About three years ago when Bradley was being feted with the American Cinematheque Award one of the speakers was Sean, per Entertainment Tonight.

Whilst at the lectern Sean took the opportunity to playfully rib the guest of honor by replaying the throwback video of the pair of them on Inside The Actors Studio.

Sean publicly gushed about Bradley after the younger actor made his directorial debut with a remake of A Star Is Born starring himself opposite Lady Gaga.

He praised Bradley for ‘mentoring a brilliantly talented by very inexperienced leading lady to an astonishing performance,’ while ‘playing a very tortured character who’s really struggling and that’s challenging for an actor to do and own it organically’ and also ‘directing a movie at scale like this’ on Jimmy Kimmel Live!.