Manchester United will make Cristiano Ronaldo the highest paid player in the Premier League by a massive margin after formally submitting a contract offer, according to reports. 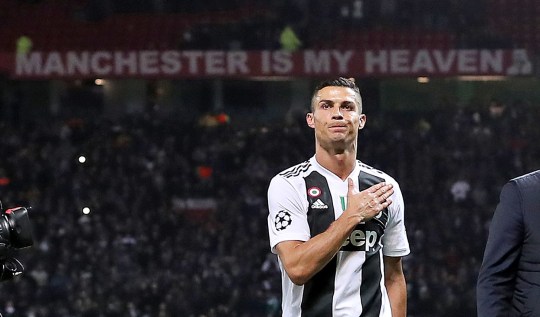 Although the Red Devils announced on Friday afternoon that the 36-year-old would be returning to Old Trafford, the deal is still subject to personal terms being agreed and a medical being completed.

Ronaldo has yet to put pen to paper on his contract but there are not expected to be any issues, with United having put forward the most lucrative deal in the club’s history.

According to The Sun, Ronaldo will earn a staggering £480,000-a-week — or around £25million a year — which is significantly more than the next highest earner in the Premier League.

Ronaldo has been presented with a two-year contract offer from United, meaning he will earn £50m over the duration of the deal, while his salary outstrips United’s previous top earner David de Gea who is on £375,000-a-week.

That is the minimum he can expect to receive though, with Ronaldo likely to earn millions more thanks to a cut from replica shirt sales — particularly if he is allowed to continue wearing his iconic №7 shirt.

Ronaldo is currently in Lisbon after leaving Turin on a private jet on Friday and he could conduct his medical — or at lest the first part of it — in Portugal before later flying to Manchester.

Last season’s Serie A top scorer has not been registered in time to face Wolves at Molineux on Sunday and his second debut for the club is expected to come against Newcastle at Old Trafford after the international break on September 11.

Speaking about Ronaldo shortly before his return was confirmed, manager Ole Gunnar Solskjaer said: ‘I didn’t think Cristiano was gonna turn out leaving Juventus and it’s been speculation this morning and the last few days.

‘We’ve always had good communication. I know Bruno [Fernandes]’s been talking to him as well and he knows what we feel about him. And if he was ever gonna move away from Juventus he knows we’re here.

‘We focus on the ones we have there, I don’t want to speculate too much on Cristiano, what’s happening there with the press.

‘Such a tremendous human being, as well. Let’s see what happens with Cristiano. Everyone who’s played with him has a soft spot for him.’