Preserving every ounce of one’s African-ness is a duty several expats have taken on. For many, wearing “African” wax print is a means to not only affirm but also reinstate their identity in foreign lands. For others belonging to the Old African diaspora, flaunting a Kente head wrap or strutting a fabulous ankara (commonly called in Nigeria) maxi skirt becomes a means of identifying with Africa.

However, the authenticity of our beloved “African” fabric comes into scrutiny when discussing the historical origins and commercialization of these products.

During the 1800s Indonesians used a wax resisting dyeing technique for pattern making known as Batik. As a result of colonization Batik was introduced and quickly gained popularity throughout Europe. Roller print machines allowed for mass production, however, these imitation fabrics never found foot in the Indonesian market. As a result, French, British, and Dutch companies sought new markets, which they found in Africa.

European wax prints were not originally intended for African markets, yet Africa became the largest consumer of their imitation Batik styles. By the end of the 19th century European fabric companies sold wax fabrics along the Gold Coast on the trading path to Indonesia. These fabrics quickly became synonymous of high quality and fashion throughout West and Central Africa. The presence of an enthusiastic market along the Gold Coast led Dutch companies to adapt the printed pattern styles to West and Central African tastes. 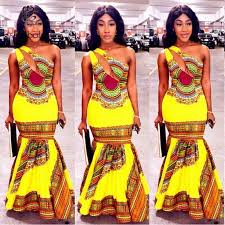 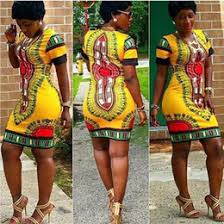 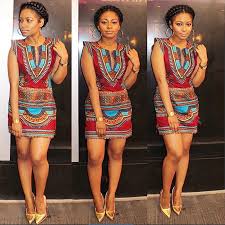 Although “African” wax fabrics carry designs and prints found in African textile, it isn’t authentically African. From weddings to funeral ceremonies, every major event in West and Central African culture almost always requires for its attendees to be adorned with various “African” print fabrics. In very traditional ceremonies these wax fabrics have major roles to play. 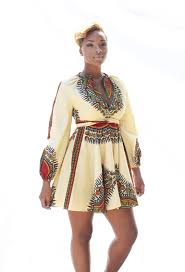 Yet, the supposed African-ness engrained in each fiber is merely a reflection of Europe’s continual exploitative relations with Africa. From the onset, each stage of production was void of any African’s perspective on the patterns, designs, and motifs. The tragedy isn’t the fact that a major aspect of West and Central African culture was prescribed, but that the very thing by which we affirm our identity continues to benefit the prescriber. 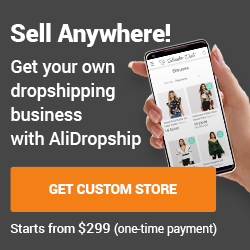 The widespread popularity and use of wax fabric is an economic gain for its manufacturers. Major producers of “African” wax are European owned. Before the 1960s every fabric sold in West and Central Africa was manufactured in Europe. Today, Ghana is home to the production of high quality wax prints. Manufacturers in Ghana include Woodin and Akosombo Textiles Limited (ATL).

Sadly, Woodin and ATL are subsidiaries of Holland’s Vlisco and Britain’s ABC Textiles, respectively. The list of top beneficiaries in the African print market is void of African ownership. Multiple Africans have been placed to occupy executive positions (displaying a mirage of African ownership) but the real financial benefits are continuously rendered to outsiders.

Street shops in la Briqueterie, a Hausa neighborhood in Yaoundé Cameroon, strategically display an array of wax fabrics. Pieces of folded cloth hang in front of doors, transforming dusty street roads into beautiful sceneries of splendid patterns and breathtaking colors, a sight worthy of admiration. The atmosphere and scenery of la Briqueterie is a familiar one across West and Central Africa. 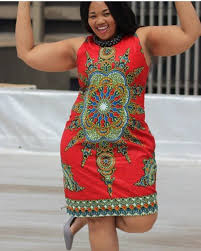 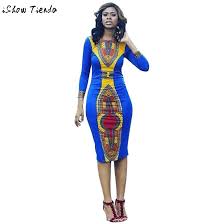 Young and old vendors enthusiastically wait for customers to stop and shop, overflowing with excitement at the sight and sound of prospective foreign customers whose presence ushers in uncommon profits. As I failingly attempt to haggle over the price for a six yard Woodin wax fabric, a wave of sadness rushes down my spine at the realization that this very transaction unfairly prospers the pocket of another in a foreign land, leaving this elderly woman as a mere recipient of chicken change.

Wearing my ankara dress around town in the hot New England heat over floods my soul with an overwhelming amount of African pride. A reaffirmation of my African-ness takes place during such moments.

How I wish we possessed the ability to manufacture that which represents us, to have proprietorship over our own culture. Nevertheless, “African” wax will continue to authenticate and reinstate our African-ness in the diaspora despite it not being authentically African. 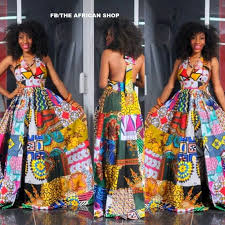 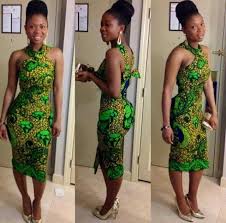